The Power List A LOOK AT HOW THE LANDSCAPE IS CHANGING

Read the full article as it appeared in St. Louis Magazine

We’ve all been slumped in our seats for years, muttering that St. Louis is run by the same old names, that we’re sick of power dynasties, that we’re a racist city/county that got sliced in half and then chopped into tiny pieces…

Sit up. Real change is beginning.

Granted, its soundtrack starts with a giant whooshing sound from City Hall, where there’s a temporary but obvious power vacuum. Francis Slay has been mayor since…when, Prohibition? Like him or not, his lame-duckness puts the city’s future up for grabs.

Meanwhile, keep your eye on the new wave of aldermen—young, idealistic, feisty. The number of wards is set to shrink, so the remaining alders’ fiefdoms will grow—but these folks want to smash medieval customs altogether. They communicate—express outrage, gather support, raise red flags—by way of social media, and that, one former power broker tells us, “has changed everything. The influencers no longer have to wear Sam Cavato suits. They can stay up all night drinking craft beer and influence in their pajamas from bed the next day.” (Or they show up at a meeting at City Hall, and their constituents can watch it in their pajamas on YouTube.)

The old power brokers were moneyed and connected (to people who’d actually met them in person), and they backslapped a barter of favors. But many of those familiar names are slipping away—dying, retiring, getting bought out, or moving someplace sunnier. “The days of unfettered power are over,” another insider remarks. “There’s too much scrutiny in the world.”

Yes and no. The old, established forms of scrutiny—investigative reporting at a daily newspaper, for example—are underfunded and underpracticed. St. Louis Post-Dispatch columnist Tony Messenger earned his place on this list the day that he wrote about “ward politics in the city of St. Louis and the oversized power of the political families that run certain wards, be they the Hubbards or the Slays, the Villas or the Carters.” We’re in the era of pushback, and its first demand is transparency.

Remember when the biggest criticism of St. Louis was how provincial we were? It’s not even possible to be provincial anymore. We’re not a city and a county; we’re a region. Money pours in from donors in other states to influence our politics. One of our biggest companies went to the Belgians, and now Bayer, headquartered in Germany, has made the largest cash bid on record to acquire Monsanto.

The dinosaurs might be in trouble, but the startups are thriving—we’ve been dubbed the “fastest-growing startup scene in America,” and a tenth of the businesses in the metro area are shiny new companies.

With all the selloffs and pop-ups, our economic power is now as fragmented as our geography, with its varied neighborhoods and subcultures and tiny municipalities. But we’re starting to question that patchwork, looking at ways to share, merge, partner, and let public transport tie us together. Ferguson lit up the injustices of the status quo, and when Washington University’s “For the Sake of All” report mapped health, wealth, education, and life span by ZIP code, the data was so clear, no one could ignore it. That new awareness is filtering into practice.

St. Louis still has its old guard, inspired by noblesse oblige and accustomed to old divisions. You’ll find many of those names on this list. But they’re rubbing shoulders with people they’ve never socialized with, people new to the corridors of power. 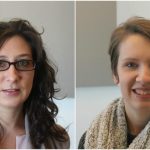 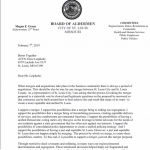